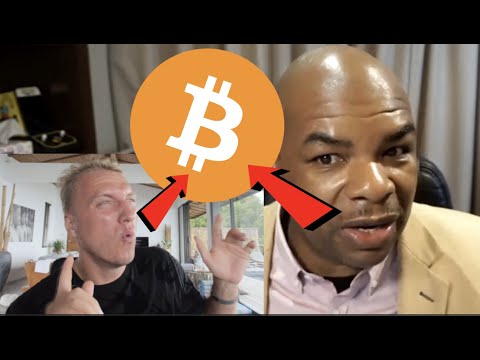 You have a million dollars. You need to get on a plane. You have 3 options. Fiat. Gold. Bitcoin.
First the paper money... You aren't getting through any airport with a million dollars. It ain't gonna happen. You could take a private plane at an average hourly rate of $5000 which for a trip within the US is not a bad deal. But the costs go up if you need to travel further distances.
Taking a million worth of gold on a plane is logistically possible. It would weigh about 55 pounds. So if you can fit 55 pounds of gold in a carryon you're all set. The problem is, you're going to have a hard time getting through customs and you will have to pay exorbitant fees (up to 20% in some cases). You will definitely have to answer questions from tsa agents... Wherever you go have fun trying to convert your gold to fiat at a fair price.
Then there's Bitcoin. Transporting a million can be done on a hard wallet, paper wallet, or via an app. You can carry it inconspicuously throughout an airport, train, bus, taxi or even ride with it on a bike. I'd love to see someone try and ride a bike with a million dollars...
All of this on a network that has not been hacked, with every transaction being recorded by multiple computers around the world. This is bitcoin's best use case. Its not governed by any central authority so its not subject to any trade wars, recessions, economic events or political events.
It does not need any other use case to thrive.
It is not a currency. And imo will never be a currency. No government will ever willingly abandon their own currency for bitcoin without being able to control it. The government will never allow you to hide money from them either. Governments need taxes to provide services that people aren't going to willingly pay for. Imagine a privatized fire department... "Sir, you didn't pay your bill last month so we can't put out that fire for you" We can debate how much tax they should be taking, and the issue of double taxing...but the bottom line is taxes are necessary.
If you've built a system that allows you to hide money, the government is going to attempt to stop it.
But there's something else to bitcoin. For the better part of 10 years, it has been deflationary. An accepted view around the world is that the dollar becomes 3% less valuable every year. That is to say that the things you buy are about 3% more expensive than the previous year. At the beginning of 2015 bitcoin was around $300 --- 2016 $420 --- 2017 $1025 --- 2018 $15,000 --- 2019 $3700
What that means is, if you received your salary in bitcoin, all your expenses would be up to 12 times LESS expensive than they were at the start of 2015 to the start of 2019. This is why its important to look at bitcoin over a long term view and not get caught up in knee jerk reactions on daily price movement.
I personally bought bitcoin at one of the worst possible times. I bought in 2013 when bitcoin hit $1000. For the next 5 years I didn't buy any more (because my wife didn't want me to). I have since started monthly buys because I understand it now. I take as much fiat as I can and I convert it to bitcoin and other cryptos like chainlink which I got for 0.17
It's me just trying to fight against rising costs. For bitcoin specifically, that is the utility. Other cryptos have other use cases and have a chance to be successful in its own right. I don't have this view that Bitcoin is the only coin and everything else sucks.
To me this is a childish and hostile view that bitcoin maximalists need to abandon. Bitcoin is already successful! It has already mooned!! It is an incredible idea that has manifested and people like you made it happen. It is the backbone of the crypto economy. And its still...vastly unknown to the public and rarely used for transactions. The only reason ANYTHING has value is because you want it or NEED it or are forced to pay for it (like insurance). As long as bitcoin maintains its utility and continues to be a deflationary tool with a working network then it will continue to have value and needs no other use cases.
Your thoughts...

Who would win: The collective governments of the world or Bitcoin?

Who would win: The collective governments of the world or Bitcoin?
People perceive government as an extremely powerful and effective entity, and this is largely true in many aspects. Government is able to bring tremendous force against many entities to either compel them into submission or even destroy them completely.
But in order to accurately understand the situation, you need to look deeper. Governments are very good at bringing compelling or destructive force against centralized entities. Corporations, organizations, specific individuals, and other governments are all entities that have reason to fear governments based on past evidence.
But what are some areas government is not so good at, or even areas they are exceptionally weak in?
Governments seem to have a rather big problem attacking things that do not have a centralized point to target. The illegal drug market is one such example, certain terrorists organizations are another. Perhaps even the Vietnam War is a display of the difficulties a powerful government has with attacking a distributed or non-centralized entity.
Governments also seem to have great difficulty knowing how to responding to disruptive change preemptively or even in a timely manner with the appropriate counter response. Instead governments seem to respond after a threat becomes clear and does so with a response that is inadequate or even does more damage to itself than doing nothing at all. The government response to 9/11 is a good example of this, with the creation of the TSA which costs that same government over $7 billion/yr.
Also, government just seems to operate in a horribly inefficient manner generally. An entity that creates sinkholes of bureaucracy is especially ill equipped to conserve, adjust, and survive when resources are constrained or more generally to execute an effective counter strategy efficiently.
We also know that government gets a great deal of its funding through seigniorage, which would quickly be cut off as a revenue source if the dollar were to lose value. If this were to occur, it would put the government in a situation where it's resources are cut off at the very moment they need additional resources to counter attack the monetary threat.
These are all ominous factors for the governments of the world when this inevitable confrontation with Bitcoin finally occurs, but I think there is another perhaps even greater factor that will tilt the scales to the point we can know the outcome of this conflict before it occurs.
When Ross Ulbricht was arrested in a public library it seemed like a great victory for government and a display of their ability to strike decentralized targets (although this was only possible because of Ross' poor OpSec). But in the wake of this arrest, I think we see some very worrying signs for the fate of government. THREE of the agents (Carl Mark Force IV, Shaun Bridges, and a DEA Agent) that were a part of this investigation were charged with criminal activity relating to their efforts to enrich themselves with some of the seized bitcoins. These agencies are not the local corrupt police force, but rather the FBI, Secret Service, and DEA--why would THREE professional and highly-trained agents switch sides and effectively go from acting on behave their government overloards to rabidly and greedily acting in their own individual interest. I would suggest this is because of Bitcoin. When you have a drug bust, generally speaking, most (maybe) of the cash and drugs makes it way through the evidence chain without individual actors siphoning off too much, but with Bitcoin there is no need to launder the cash or sell the drugs, it is just super easy to conceal with much lower risk for the agents getting caught (though not quite low enough for Carl Mark Force IV, it would seem). In any case, Bitcoin seems to have a mysterious power to pull government actors away by tempting them to act in their own self interest. In short, Bitcoin lures government agents into defecting and switching sides to Bitcoin
So what do we expect will happen?
As Bitcoin grows in size governments will eventually move to attack or kill it. They will take this action too late (it's already too late), their action will be ineffective, and their response will eat up their dwindling resources in a time when their revenue stream is being squeezed by the bitcoin-induced fiat devaluation. Among those government uses to lead and implement its response, many of those actors will defect and switch sides to Bitcoin perhaps like how King Louis the XVII kept sending waves of soldiers to arrest Napoleon who had escaped Elba until Napoleon sent him word "please send no more troops, I have enough".
I see Bitcoin vs Governements of the world as a quintessential David vs Goliath event. But like David vs Goliath, if you had looked past the surface and understood the situation correctly, you would have known Goliath was dead the moment David stepped onto the battlefield.

For those of you who like to go through everything in their correct order to get context, here is the full AMA from beginning to end. Knock yourself out.

Help me liberate thousands of pages of TSA documents through FOIA

I have ongoing federal FOIA litigation against the TSA.
I've gotten thousands of pages of heavily redacted documents so far, and am fighting to get them unredacted.
In addition, I'm trying to get many thousands more pages of documents that they're withholding in full, primarily about policies and procedures. This includes stuff like:
Seriously, it's a lot.
I have until January 30 to file my biggest brief in the case — an opposition to their motion for summary judgment — and I need help.
I'm doing this on my own, which means I can't get a single cent for the many hours I've spent on this over the last three years, even if I totally win. (See Kay v Ehrler.)
Unlike the AUSA who's opposing me, I don't have a paralegal, legal researcher, dozens of agency staff working on it for three years, etc.
I just have me. I'm working on this because I think it's in the public interest. Plus, I'm poor and have multiple serious disabilities. It's not a fair fight.
In short, I need your help to even the odds.
What I need
Some caveats
My legal cred
I'm not (yet) a lawyer (I'm applying to law schools for fall 2017), but I do have significant legal experience, e.g.:

$ 250 Trillion in Assets Looking for Ideal Store of Value ...