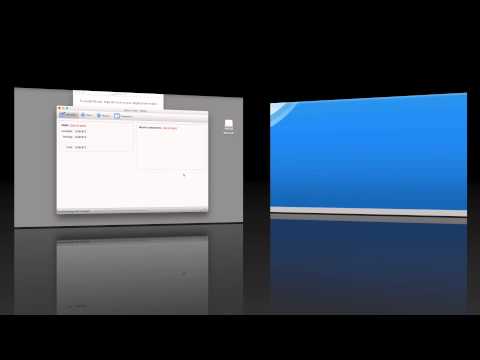 Blockchain Partners with the Bitcoin Foundation for DevCore London

Hi Reddit!
The Board of Directors of the Bitcoin Foundation appointed me as the new Executive Director this week - one of my first tasks is to reach out to as many corporate and individual foundation members, members of the community and other stakeholders for ideas and suggestions about how the Bitcoin Foundation can best help Bitcoin.
The foundation, like the Bitcoin space itself has had its fair share of turmoil. Right now we now have a fully 100% member elected Board of Directors, new leadership and a fresh start going forward.
Some say that a protocol like Bitcoin does not need an organization at all. This is of course true. We also don't need podcasts or speakers or books or organizations of any kind either. But the bar we should set is not what Bitcoin needs to work but whether or not something can be a benefit to Bitcoin and its growth.
I think the Bitcoin Foundation can be a valuable asset to Bitcoin in the coming years. We're thrilled that we have some passionate individual members and high quality corporate members and a board with some of the most accomplished people in the space who agree.
A combination of factors including losses on some activities, high expenses and a falling Bitcoin price have reduced the foundation's capital. In the coming weeks I'm gathering a full picture of our internal resources and finances and with all activities will be as transparent as possible without violating the privacy of any member. I'm not going to dwell on the past as much as focus on where we are now and what we can do in the future to most effectively benefit this space.
Aside from cash and bitcoin holdings, the Bitcoin Foundation, in my opinion, is incredibly valuable as an organization. We have convening power, have hosted some of the most successful events in the space, we have people like Gavin Andreessen and other leaders in the space who care about the organization, we have 42,000 Twitter followers, media contacts, a membership list as impressive as any group in this space and we have many initiatives which can have huge impact for low cost. Right now as I write this, the foundation is hosting DevCore in London, one of the most exciting Development focused conference series this space has seen.
Whether you've been an active supporter or a critic of the foundation in the past we are here to stay and want to be the best we can be for the space, please help us do so.
Please let us know your constructive thoughts, ideas and suggestions. Also, AMA
Bruce

Mike Hearn on Apr 09 2015:
Next week on April 15th Gavin, Wladimir, Corey and myself will be at
DevCore London:
https://everyeventgives.com/event/devcore-london
If you're in town why not come along?
It's often the case that conferences can be just talking shops, without
much meat for real developers. So in the afternoon I'll be doing two things:
See you there!
-------------- next part --------------
An HTML attachment was scrubbed...
URL: <http://lists.linuxfoundation.org/pipermail/bitcoin-dev/attachments/20150409/3b14e689/attachment.html>
 original: http://lists.linuxfoundation.org/pipermail/bitcoin-dev/2015-April/007779.html

Arne Brutschy on May 08 2015:
Hello,
At DevCore London, Gavin mentioned the idea that we could get rid of
sending full blocks. Instead, newly minted blocks would only be
distributed as block headers plus all hashes of the transactions
included in the block. The assumption would be that nodes have already
the majority of these transactions in their mempool.
The advantages are clear: it's more efficient, as we would send
transactions only once over the network, and it's fast as the resulting
blocks would be small. Moreover, we would get rid of the blocksize limit
for a long time.
Unfortunately, I am too ignorant of bitcoin core's internals to judge
the changes required to make this happen. (I guess we'd require a new
block format and a way to bulk-request missing transactions.)
However, I'm curious to hear what others with a better grasp of bitcoin
core's internals have to say about it.
Regards,
Arne
 original: http://lists.linuxfoundation.org/pipermail/bitcoin-dev/2015-May/007999.html

Bitcoin: How to Get your Bitcoin Core Wallet Up and Running